Benetti expects to deliver a 65m custom yacht in the summer of 2021 after successfully joining together the steel hull and aluminium superstructure of hull FB274 at its Livorno shipyard, in a dramatic end to 2019 for the Italian boatbuilding giant. 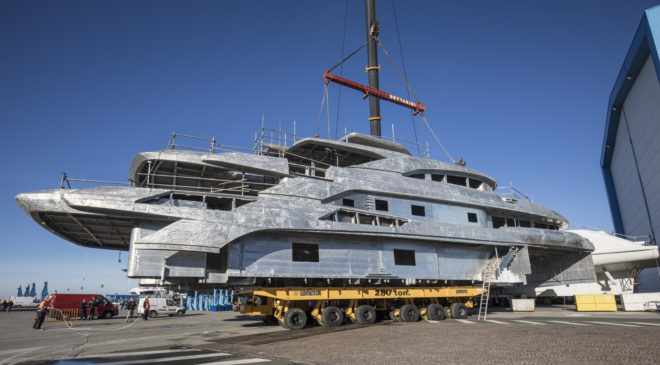 The superstructure of Benetti FB274 prior to the joining operation

About 30 technical staff, crane operators and engineers were involved in the operation, which required the Benetti team to plan for a welded bimetal component at the point where the hull and upper section joined.

In the first part of the operation, performed with the Lusben team, the hull was moved from the shed to the yard outside with the help of special trolleys. In a tense atmosphere requiring complete concentration, the 55-tonne superstructure was then positioned over the hull by a crane with a 500-tonne lift capacity and carefully lowered. 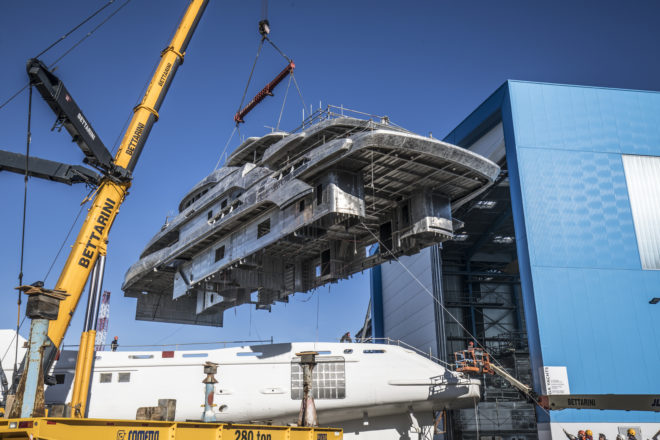 The superstructure is lowered onto the hull of the 65m FB274

The joined hull and superstructure were then returned to the shed to complete work. The welding process was estimated to take four weeks and will be followed by fitting out prior to delivery.

Benetti was also boosted by the sales of five yachts in the 38-50m range, comprising a 50m B.Now, the second hull of Diamond 145, the fourth and fifth units of Oasis 40M, and the 10th hull of the 38m Fast 125. So far, Oasis 40M owners have hailed from America, Asia and Europe. “Our latest products have won over the international yacht market,” said Franco Fusignani, Benetti’s CEO. “These sales confirm the brand’s winning choice to add an international and increasingly innovative vision.

“Once again Benetti has managed to amaze with unprecedented innovation, thanks to its decision to work with a new designer and use of cutting-edge technologies, but also to the in-depth study and improvement of production process control, resulting in more quality.” 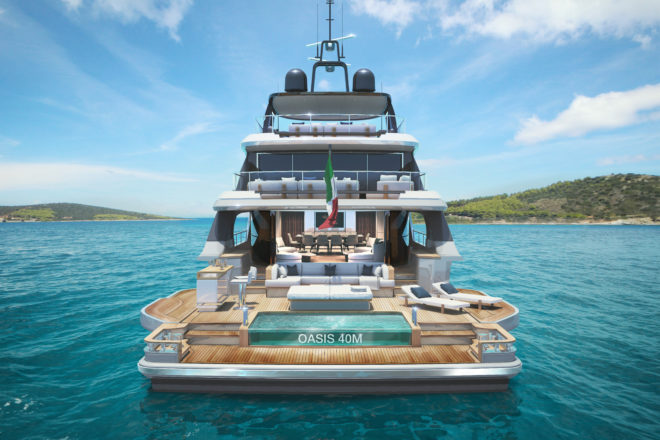 The first five Oasis 40M sales have been to owners from America, Asia and Europe

In November, the yard delivered the 47m Bacchanal to a repeat Benetti owner from Mexico, having launched the 440GT custom build over the summer at its Viareggio shipyard. Benetti drew the yacht’s exterior, while the interiors are a collaboration between Mauricio Gómez de Tuddo, the owner’s chosen architect, and the shipyard’s Interior Style Department.

“After my first Benetti in 2015, I came back to work with a team that in my opinion realises one of the best yachts in the world,” the owner said. “I’m happy that everything is the result of a masterfully orchestrated teamwork, and all my ideas and wishes were welcomed.”