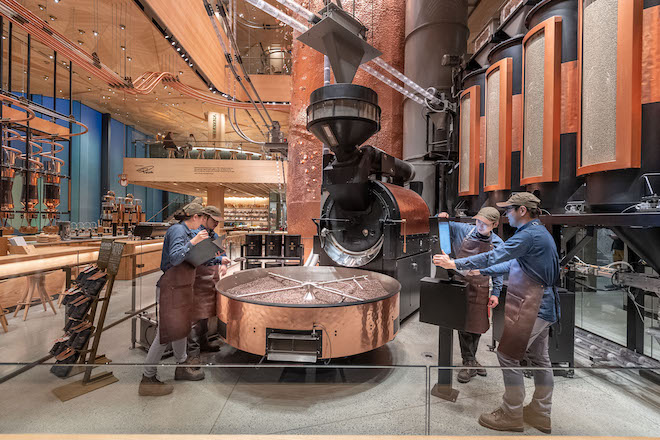 The Starbucks Reserve Roastery in Chicago follows other temples to coffee in Seattle (2014), Shanghai (2017), Milan and New York (both in 2018, a lynch pin in former CEO Howard Schultz’s strategy for raising brand positioning of the brand as it prepared to go toe-to-toe with super-premium coffee rivals, Blue Bottle and Intelligentsia. Famously, Schultz declared to Reuters that he aimed to have up to 1,000 Starbucks Reserves by the end of 2017 but then new CEO Kevin Johnson, for the lack of a better word, is a little more reserved (no pun intended) than his predecessor when it comes to pursuing these expensive investments. “I know I have Venti shoes to fill.”- CEO Kevin Johnson as he took the keys from outgoing CEO Howard Schultz 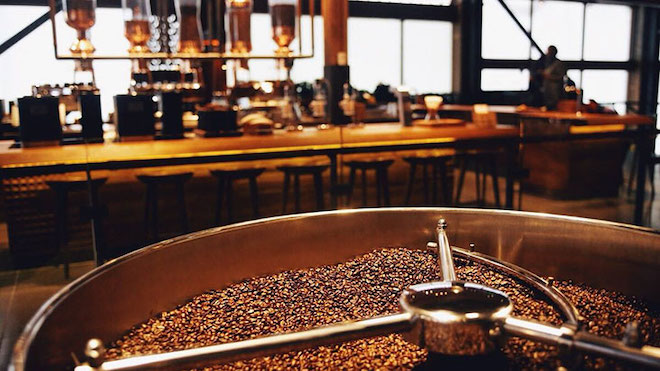 Starbucks opened its first Reserve Roastery in native Seattle in 2014, a 1400 square meter heaven for coffee offering what Schultz described as a “magical coffee ride” – more importantly, it was an important experiment in studying whether the mass market premium coffee purveyour could excel and up-sell extra premium coffee prepared using rarer, more artisanal methods like siphon brewing, a process brought into mainstream consciousness by rival Blue Bottle. Never before had Starbucks sold limited edition Reserve coffees for $50 per 8-ounce package and by god, they were going to try.

Fast forward five years on, new CEO Kevin Johnson is a little more circumspect with predecessor Schultz’s Starbucks Reserve strategy. Infamously, insiders told Wall Street Journal that the incoming CEO often prefaced meetings with “I’m not Howard, I’m Kevin,” as Johnson began to distance himself from Schultz’s decisions and strategies. Johnson became Starbucks’s Chief Operating Officer in 2015 before Schultz passed the metaphorical and literal keys (key to the company’s first store in Seattle’s Pike Place Market) of the company to Johnson at Starbucks’ 25th annual shareholders meeting in Seattle in April 2017 after nine years as Chief Executive. “I know I have Venti shoes to fill,” said  Johnson as he took the keys from outgoing CEO Schultz. 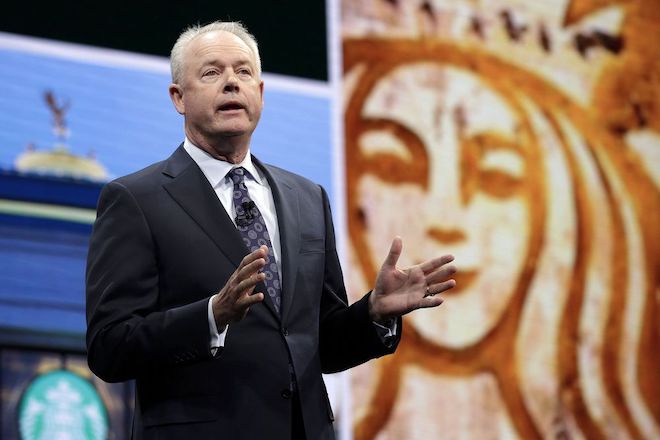 Johnson was a tech insider with over three decades of experience working at tech companies like IBM, Juniper Networks where he was CEO for five years, and finally Microsoft, where he led worldwide sales for two years before heading Windows teams for three.

According to financial reports, that while U.S. sales were growing (largely due to raised prices), customer traffic to Starbucks was down for fiscal year 2018 after declines for two consecutive quarters. In January this year, it was CNBC reported that Starbucks, under pressure from growing competition in the coffee marketplace, began to plateau at 5% annual sales growth but internally, had been missing its annual sales targets since 2016. With weaker forecasts, Johnson told Wall Street Journal in January that, “One thousand was an aspiration,” he added, “Starbucks will test whether six to 10 Reserve stores can meet the returns needed before building more.” In November 2018, Starbucks laid off 350 personnel or 5% of its global corporate workforce, in an effort to regain some of the agility lost when the small Seattle brand became a global behemoth. In June this year, it was announced that the publicly listed company had plans to shutter 150 underperforming stores over the fiscal year, three times the number it usually sheds due to attrition and general weak performance.

Starbucks had introduced the world to $5 coffees back in the 90s, while a punchline for comedians back in the day, the rise of artisanal coffees from Intelligentsia, Stumptown and Ritual among others form the so called “Third Wave” which considers coffee an artisanal food, like wine, rather than a commodity; and in raising the culinary appreciation of coffee through an appreciation of subtleties like flavour, varietal, and growing region – very much like viticulture. That said, Johnson has managed to parlay his background in technology into a coherent growth plan for the company – highlighting three unique and core assets of the company: First, increasing digital engagement through its Starbucks App with a strategy aimed to grow digital relationships with the more than 60 million current U.S. customers per month who are not yet members of Starbucks Rewards, accruing 13 million thus far. Johnson is essentially, attempting to build “personalised digital relationships with customers to create new revenue opportunities”.

Second, Starbucks is doubling down on growing its relevance in China , growing from 800 to 3,200 stores in the past five years, this averages out to one new store every 15 hours; keeping on track to open more than 5,000 stores in China by 2021 and continuing to drive market-leading and locally relevant innovation in coffee, store design and digital engagement to meet the lifestyle aspirations of the middle kingdom. Finally, the Starbucks Reserve brand will serve as the company’s innovation lab for the future, pursuing the Premium category as a “Halo” for Starbuck’s more mass consumer segment. Continuing to invest in the expansion of its premium Reserve brand through limited runs of small-lot coffee and immersive retail experiences with Italian artisan food by Princi, including plans to bring standalone Princi stores to Seattle, Chicago, New York and Shanghai.

According to RestaurantBusinessOnline, Schultz was pushing to grow the Reserve and Roastery concepts featuring Italian aperitivo bars, high-end food, luxe decor, on-site coffee roasting in order to compensate for failing cafe traffic by giving consumers more of a reason to visit the chain. 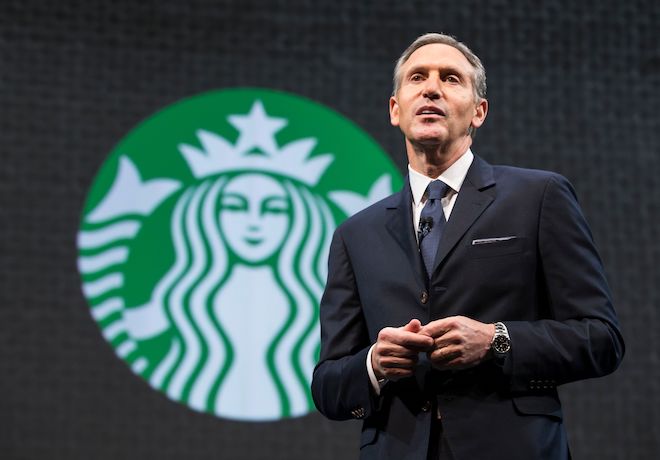 After nine years at the helm, CEO Schultz passed the metaphorical and literal keys (key to the company’s first store in Seattle’s Pike Place Market) of the company to Johnson at Starbucks’ 25th annual shareholders meeting in Seattle in April 2017

According to Johnson, 20% of the Starbucks store portfolio will become Starbucks Reserve bar locations. Hence, while there’s a scaling back of Schultz’s Reserve Roastery masterplan, it’s definitely not an abandoning of it. In an email to Wall Street Journal, Schultz downplayed any interpersonal strife stating, “The company is in great hands with Kevin. He and I speak often, and he knows he has my complete support.”