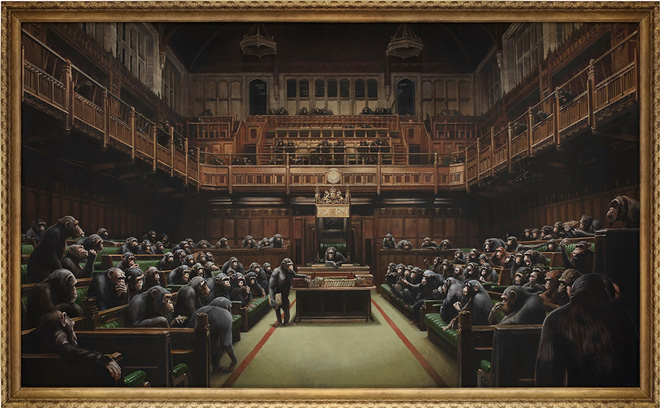 Banksy’s ‘Devolved Parliament’ painting depicting primates sitting in Britain’s parliament has just been sold by Sotheby’s for more than $12 million on Thursday, a record price at auction for a work by the British street artist.

The large Banksy painting casting chimps in the role of members of the House of Commons, commentary on Boris Johnson’s disastrous premiership in light of the Brexit parliamentary debacle, has just catapulted the secretive satirist into ranks of the world’s most expensive artists yesterday, 3 October 2019.

“This is like the moment Basquiat made it into the Soho galleries in the 1980s. I’ve realized he’s a serious artist, but he has such a broad popular base. He appeals to established and new collectors.” – Alex Branczik, Sotheby’s head of contemporary art in Europe on Banksy’s ‘Devolved Parliament’ auction results

In the summer of 2019, elected on a platform to take Britain out of the EU “do or die”, deal or no deal, Boris Johnson became Prime Minister of the UK and moved forward with his pledge of a hard “no deal” Brexit by 31 October. Problem was – only thing Parliament could agree on was that it wants to avoid leaving the EU without a deal. Asking the Queen to suspend parliament under false pretences (preventing MPs from discussing Brexit until three days before the EU summit a fortnight before the current exit date), Johnson turned Britain’s long-running Brexit drama into a circus of monkeys. 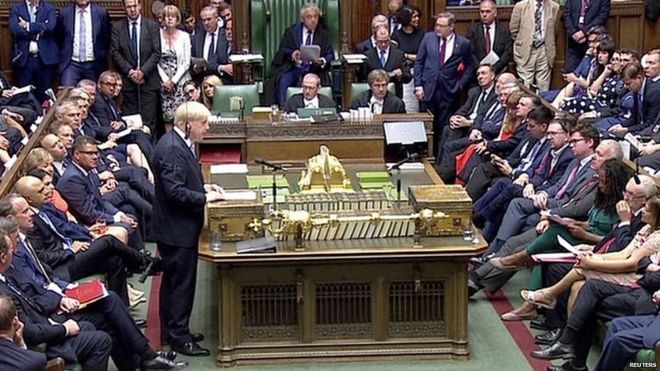 Remarkably prescient, Banksy’s Devolved Parliament, painted in 2009, is a markedly different take from his aesthetic leitmotif of stencil artwork, the street artist rendered primates in British parliament in a Victorian-style oil on canvas debating within the House of Commons.

Offered to Sotheby’s by a private collector, Devolved Parliament had been estimated to sell for between $1.9 million to $2.5 million. Perfectly timed for Frieze, the 14 foot oil painting entertained a frenzy of bids for  13 minutes before being eventually hammered for $12 million; causing all in attendance to take a pregnant pause for a “Girl with Balloon” moment (Banksy’s last auctioned artwork was shredded) but unlike the last time, no monkey business was afoot this time around. Banksy’s previous auction high was set in 2008 for “Keep It Spotless,” a collaborative work by Banksy and Damien Hirst, which sold for $1.9 million at a Sotheby’s charity auction.

A Fruitful Week for Banksy: Setting Up Shop

“GDP is the homewares brand from Banksy and this is our first and only store. The showroom is for display purposes only and the doors will not open. All sales will be conducted online when the website opens soon.” – Banksy on Instagram describing his first Pop-up store, Gross Domestic Product Contrary to popular perspective, Banksy did not hit the pay dirt with the $12 million sale of Devolved Parliament since he does not own the artpiece, nevertheless, the street artist might have inadvertently stumbled upon another revenue stream. Earlier this week, he was forced to defend his intellectual property rights by setting up shop.

Named Gross Domestic Product, Banksy’s pop-up-shop installation in Croydon, UK, is the result of legal action stemming from “a greetings cards company are trying to seize legal custody of the name Banksy”. 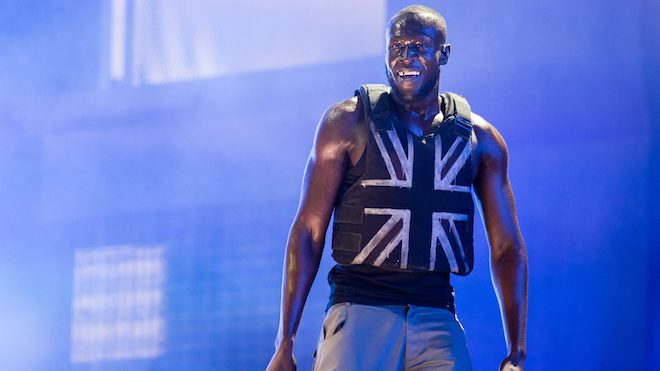 “So here it is – we hope to offer something for everyone, prices start from £10 but availability will be limited – all of the products are handmade in the UK using existing or recycled materials wherever possible. Including the ideas,” – Banksy

According to news channel ITV, lawyer Mark Stephens, stated that, “Banksy is in a difficult position because he doesn’t produce his own range of shoddy merchandise and the law is quite clear – if the trademark holder is not using the mark, then it can be transferred to someone who will.” And rather than defending his intellectual property in court and risk his anonymity, Banksy decided to open Gross Domestic Product instead, selling his creations for as little as £10. 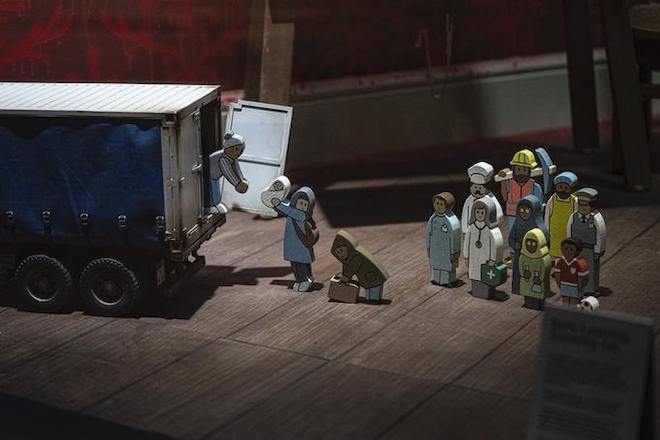 For sale at Gross Domestic Product

All proceeds will go buying a new migrant rescue boat after Open Arms, the NGO rescue boat was impounded by the Italian authorities pending legal action against the captain and his NGO.