In 2015, the world’s first true underwater hotel, The Manta, opened off the coast of Zanzibar, giving the phrase “sleeping with the fishes” a whole new literal meaning.

Since then, a dozen more hotels with underwater rooms have emerged, including The Muraka in the Maldives, which opened last October. 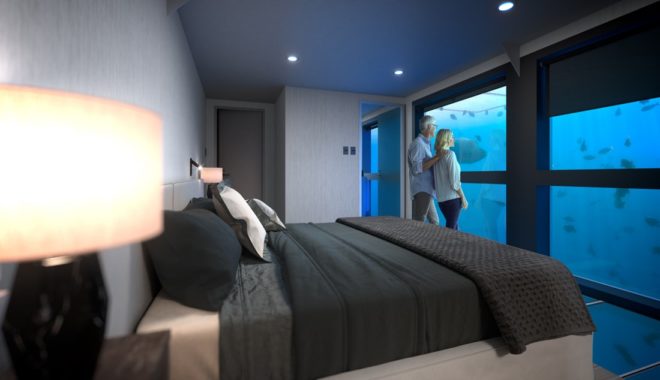 Now, there’s a new accommodation in Australia’s Great Barrier Reef that will be jumping on board this trend of having entire hotel apartments be fully submerged under water.

Called Reefsuites, it will become Australia’s first underwater hotel when it launches later this year. Reefsuites is part of a much bigger project in partnership with the Queensland government – an US$5.5 million redevelopment of Cruise Whitsundays’ Reefworld floating pontoon that Tourism Industry Development Minister Kate Jones has referred to as “one of the most iconic tourism projects in the world”. 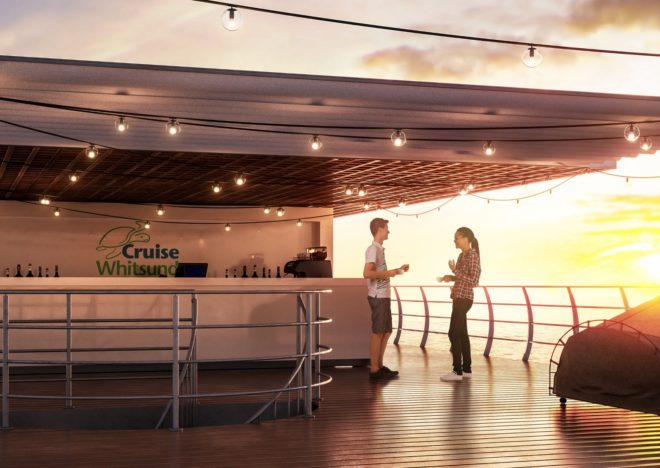 The reconstructed pontoon will measure 12 metres by 45 metres, and will house two, highly exclusive underwater suites, as well as upper deck rooms that can sleep up to 28 guests in all – that’s if you don’t manage to book the underwater rooms in time and still want to have an overnight experience at the floating pontoon.

Each underwater suite, available in king double or twin single options, can accommodate two adults. The main showcase of the rooms, according initial teasers, is certainly a glass-walled en suite and floor-to-ceiling views of the spectacular underwater world of the Great Barrier Reef. 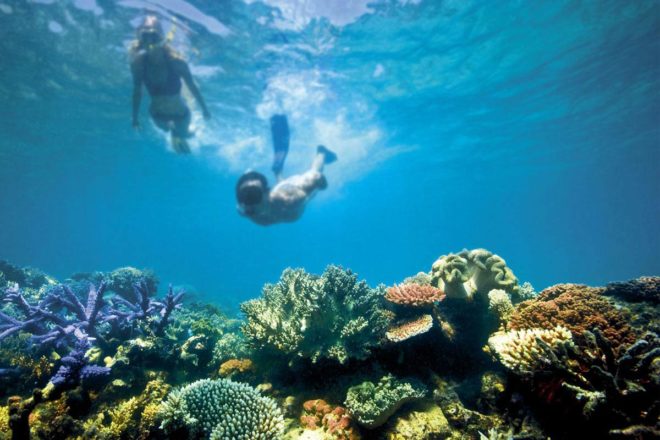 Guests will wake up and fall asleep to gorgeous views of the Great Barrier Reef, the world’s largest coral reef system

Starting at US$505 per night, the Reefsuite promises to be a full retreat experience. Guests are provided with all their meals and beverages, including breakfast, lunch, morning and afternoon teas, and dinner; as well as a spectacular, once-in-a-lifetime dining experience under the Whitsundays stars. 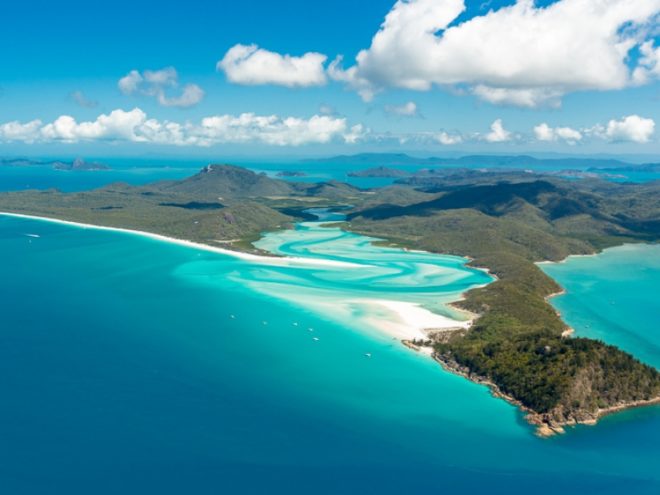 But it isn’t all glamour and opulence at Reefsuites. Being right smacked in the middle of one of the world’s longest ocean coral stretches means guests can also expect plenty of outdoor experiences that will keep them active and busy all day. A private guided snorkelling tour and semi-submarine tour are two activities that are included as part of the suite package.

With adventure tourism becoming more sought-after, offerings like Reefsuites, with their nature experiences, are increasingly being requested by guests who are looking to have a more well-rounded holiday.

Minister Jones said an estimated 60,000 extra visitors are expected to visit the Whitsundays as a result of the new pontoon attraction.