Self-described ‘photograffeur’, the French street artist who goes by pseudonym, JR is known for his supersized, monochrome flypost images which sporadically decorate the streets of the world’s most thriving international cities. With work which often challenges the idea of a mob-mentality and other widely held preconceptions spread through reductive imagery from the media – JR combines art with action in order to highlight issues of commitment, freedom, identity and societal limitation. 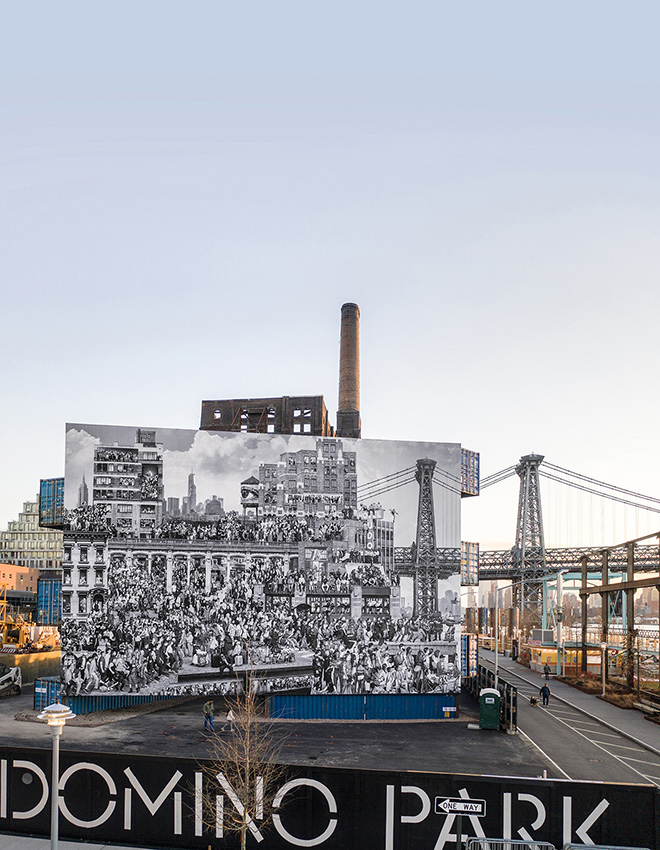 His latest work, dubbed ‘The Chronicles of New York’, showcases an astonishing 53-foot high mural, carefully installed onto an array of stacked shipping containers in Williamsburg’s Domino Park – with the help of local architectural and sustainable design studio, LOT-EK. Depicting over 1,000 New Yorkers, the mural which was initially developed as a centerpiece for a major exhibit on view at the Brooklyn Museum , entitled ‘JR Chronicles’ – was significantly enlarged to create JR’s largest installation, to date. The image which features 1,128 civilians standing on buildings as the Freedom Tower, Williamsburg Bridge and Empire State Building stand tall in the background – is a collective portrait of individually photographed subjects from all five boroughs. When viewed at the museum, the piece is accompanied by audio recordings of those portrayed in the mural and are subsequently available on the JR murals app, as well. 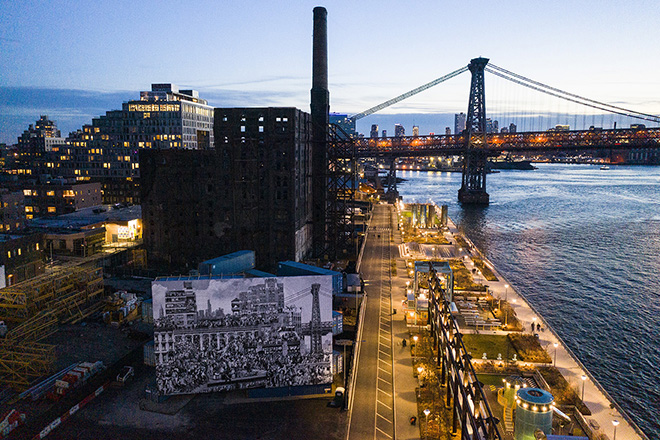 JR Chronicles is on display at the Brooklyn Museum from now till 3rd May 2020. The museum will feature photographs, videos, dioramas, and other accumulated archival material from JR’s career, and will also mark the recent artist’s first major exhibition in North America.