From its early beginnings in Tokyo 1881, this global company has undergone over 130 years of innovation and evolution. With an indisputable amount of prestige and respect in its field and industry, Seiko is known and celebrated worldwide for an everlasting legacy and array of landmark watches such as the Seiko Pogue Chronograph Automatic Pepsi cal 6139 anno 1974 – the world’s first automatic chronograph watch equipped with both a vertical clutch and column wheel. 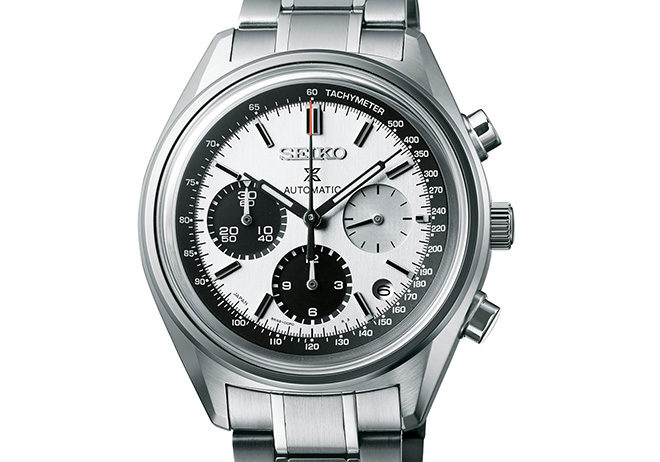 While both models utilize Seiko’s superlative modern automatic chronograph movement (caliber 8R48), they include three registers and a running seconds indicator. The edges are mirror polished using a technique known as Zaratsu, while the case band and lugs are delicately brushed. 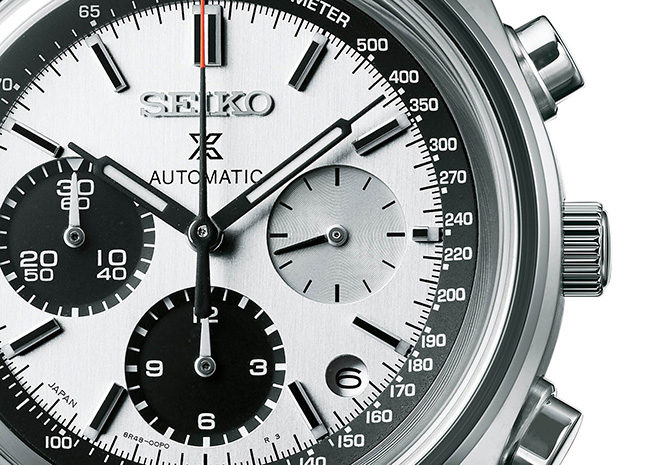 Paying homage to the brand’s first ever automatic chronograph, the Prospex SRQ029 is heavily inspired by the intricate detail of earlier monumental models. Featuring a “panda” dial with a “bi-compax” layout, the chronograph registers are displayed in black while the constant seconds are colored silver. This differentiation in colour is intended to ensure smooth legibility. In contrast, to the Prospex SRQ029, the Presage SRQ031 is characterized by a distinctive, black 60-minute bezel – similar to the Crown chronograph in 1964. Much of this watch is inspired by the 1964 timepiece, including its dial, hands, chapter ring and oblong lume plots. Of the two new releases, the Prospex SRQ029 measures 42.3mm wide, making it the larger yet slimmer (15.3mm) model.

Limited to 1,000 pieces each, both watches facilitate smooth operation; running at 4Hz frequencies with a 45-hour power reserve – thanks to their impressive caliber 8R48 movement.